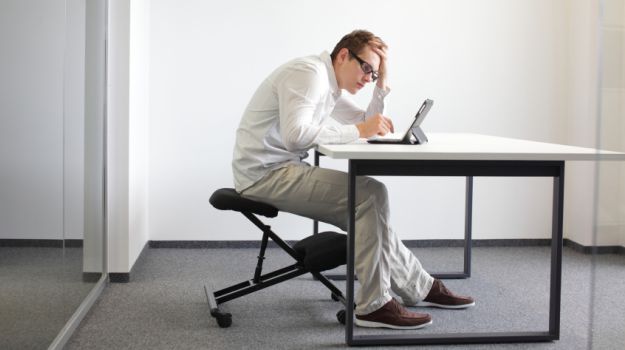 Research has been reported to show a relationship between the amount of time spent sitting on a daily basis and rate of disease and morbidity. It also shows the length of time spent uninterrupted (that is without getting up and moving) to be a factor. Now there are reports of research that concludes the links are weak. What are we to believe and more importantly what are the best habits we can form to support our health and longevity?

What does science say about prolonged sitting?

Most researchers agree that the inactivity causes chronic illnesses, and it could lead to premature death. In fact, there is evidence that indicates that premature death is 8 times more likely to occur among people who generally lead sedentary lives than those who are generally physically active. In these studies, the term sedentary is broadly defined, and it refers to all the time that is spent sitting on the sofa, driving or riding around, and working behind a desk. A study done in the US found that most grownups spend close to 10 hours sitting, and the negative health implications of this prolonged period of inactivity could not be canceled out with an entire hour of exercise. This study and other similar to it went public, and people were advised to avoid sedentary lives and prolonged periods of sitting. 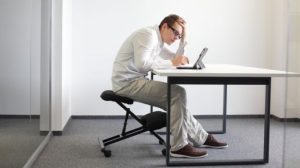 A little while later, a study out of two universities in the UK seemed to contradict the original findings, at least at face value. This particular study found no correlation between the amount of time spent sitting and the risk of premature death. The study was widely quoted in the media, and it was billed as some sort of vindication for people who were routinely criticized for being couch potatoes. However, those who reported on this study didn’t pay much attention to its methodology, or to the underlying assumption that the researchers made. An in-depth look at the study reveals that it is not as contradictory as many people though.

Most of the people who participated in the second study were physically active, thus the 5000 person sample that was used did not accurately reflect the general population. As a result, the findings of the study were somewhat skewed. The study was also not controlled since it relied a lot on self-reporting, recollecting by the participants, and fitness reports. Studies that rely on the memories of participants rather than empirical data are famously unreliable. The study also ignored conditions such as diabetes and obesity, and it only focused on mortality in a general sense.

Despite its shortcomings, the second study revealed important findings that previous studies had overlooked. While the first study focused on sitting, the findings of the second study seem to indicate that the real problem is lack of movement.

“Our study overturns current thinking on the health risks of sitting and indicates that the problem lies in the absence of movement rather than the time spent sitting itself… Any stationary posture where energy expenditure is low may be detrimental to health, be it sitting or standing.”

In essence, this means that sitting, standing, lying down, can all be considered as sedentary acts, and it’s only constant movement that can reduce the risk of health complications. This also means that the solution to the problem of prolonged sitting is not to stand still, but to keep moving. Despite this finding using standing desks in the office can still help reduce health risks. This is because we tend to shift about when we are standing. A report that looked into the standing desk issue found that

“When somebody gets a standing desk, they generally stand for several hours a day. But they don’t stand still. A couple of things happen. The first thing that happens is, they generally move from leg to leg and generally change their body posture quite a lot.

The negative effects of sedentary lifestyles

Prolonged sitting leads to atrophy of the lower extremities, a condition characterized by weakening and wasting of muscles in the legs and the butt. The use it or lose it’ principle applies to all muscle groups in the body and sitting for long means that you are not adequately utilizing your leg and gluteal muscles. When you lose muscle mass, you start gaining weight. This is because muscles contribute to the burning of calories, and in their absence, energy is converted to fat. You will also develop complications in your hip joints, and you are likely to suffer from back problems.

Prolonged sitting can also indirectly contribute to other health issues. Studies have linked sedentary lifestyles to diabetes, heart and cardiovascular diseases, anxiety, depression, the formation of varicose veins, deep vein thrombosis, shoulder and neck complications, and some forms of cancer. It’s therefore important that you should develop habits that will help you avoid spending too much time in a chair.

Habits that combat lack of movement

Try to inject activity into every aspect of your life so that you can avoid prolonged sitting. Whether you are at work or at home, you should make a series of conscious decisions to ensure that you periodically stand up and move around. You can improve your health and longevity by developing the following habits.

Habits that are useful in the office

You should form the habit of moving around while at work. Organize your office in such a way that you will be obligated to get up and move every time you have to drink some water, print a document, throw something into the trash can, or locate a file. Keep things further away so that you are forced to move around more. If you have to relay messages to colleagues, don’t write them emails or call their extensions. Instead, walk to their offices or their cubicles and talk to them in person.

When you show up to work in the morning, try to park your car several blocks away from the building and walk for the remainder of the distance. If you have some extra time during your lunch break, spend it strolling around. Whenever you can, take the stairs instead of waiting for the elevator. In other words, take every opportunity you can find to stand up and walk around.

Habits that are useful at home

TV watching is perhaps the most sedentary thing that almost everyone does, and the term couch potato was not coined by accident. Instead of continuously sitting in front of your TV set when you are watching your favorite program, get up during all commercial breaks and walk around the house or find minor tasks to perform. The point is to break up the time you spend sitting down into smaller chunks. You can also try to multitask while you are watching the TV. If you have a treadmill, you can put it in front of your TV so that you can walk or jog while you watch your program.
You can also avoid sitting while at home by doing chores and tidying up whenever you can. Performing chores like washing dishes, gardening, vacuuming the carpet, dusting the shelves, and folding clothes, will give you a reason to be up and about and they will keep you off the couch.

You can try to fit workout sessions into your calendar in the middle of the day if you can. If your company has sports facilities, or your office is located near a gym, you can try to squeeze in a brief workout during your lunch break. Create a workout routine for yourself and try to stick to it. However, you need to remember that if you work out in the morning or in the evening, it doesn’t mean that you can then sit down throughout the day without suffering any negative effects to your health. Irrespective of how active you are in general, sitting for prolonged periods of time is dangerous, and you should try as much as possible to avoid doing it.